When #metoo Isn’t Enough: A Response 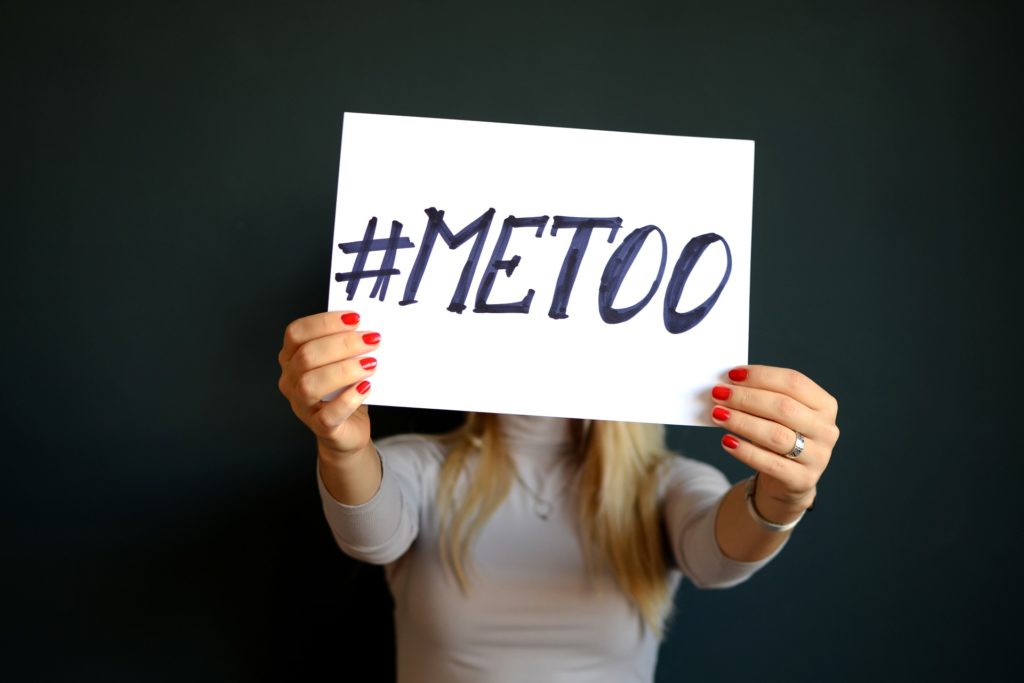 According to the nation’s largest anti-sexual violence organization, RAINN (Rape, Abuse & Incest National Network), each year 321,500 Americans 12 and older are sexually abused or raped. More than 60% of women are sexually assaulted in college and 88% of them do not report it. The prevalent #metoo movement filling our feeds begs the question–what now? What can be done to stop sexual harassment?

Recently, there has been an outpouring on social media of the hashtag #metoo. You may have wondered what it means, and its purpose. Harvey Weinstein, American film producer and co-founder of Miramax, was recently fired by his company’s board of directors following numerous allegations of sexual harassment, sexual assault and rape. Over the weekend, actress Alyssa Milano tweeted out this hashtag as a call-out to victims “so we might give people a sense of the magnitude of the problem.” The hashtag, #metoo, was created as a bold declarative statement that ‘I’m not ashamed of what I went through” and ‘I’m not alone’ , as well as a way to say–from survivor to survivor–‘I see you, I hear you, I understand you and I’m here for you.'” This hashtag has gone viral; it has been tweeted and re-tweeted, posted and reposted, and received thousands of comments, from both men and women!

If Alyssa Milano’s intent of re-tweeting #metoo was to “give the people a sense of the magnitude of the problem,” it is working! This movement has caught fire across our nation. Many are shocked to see their friend, classmate, neighbor, cousin, or family member post #metoo. The numbers are staggering; sexual abuse and sexual harassment have touched the lives of too many. The sheer quantity of #metoo posts filling our social media newsfeeds is absolutely alarming. According to RAINN, every 98 seconds an American is sexually assaulted, and every eight minutes that victim is a child. This statistic takes my breath away.

To further understand the #metoo movement, I think it is important to understand the definitions of sexual abuse and sexual harassment. Sexual abuse, or molestation, is unsolicited sexual behavior by one person toward another, often done repeatedly.  When the interaction is infrequent, or of short duration, it is called sexual assault. Beth’s story is sadly a common example of this: she and her boyfriend were watching a movie alone in her apartment, when cuddling led to kissing, kissing led to him carrying her back to her bedroom, where he forced himself upon her despite her persistent pleas to stop. Once he finished, he left her alone in the dark, feeling sweaty and dirty, where she justified his behavior by thinking she had not done enough to stop him.

Sexual harassment occurs in a workplace, or other professional or social situation, and involves unwelcomed sexual advances or obscene remarks, often by a person in authority toward a subordinate. Sara’s story exemplifies this: One day, during work at the retail supercenter, her boss approached her from behind and stuck his hand up her miniskirt. When Sara approached him to talk about the inappropriate placement of his hand, he advanced again, forcing her into the corner of his office. She fled the scene and lost her job.

The above abridged stories are only two of the many, many that exist. I share them not to invoke anger or to be triggering; I share them in the hope that it will empower–empower parents to teach their children, and for others to know that they are not alone and that it was not their fault. This movement has definitely served as a strength to so many women (and men) who have dealt with the repercussions of being sexual abused or harassed. But is solidarity enough? Is there more that can be done?

Admitting #metoo takes an incredible amount of courage. Many have never told anyone about their experience, and know that they may re-experience pain by recalling the memory.  By putting #metoo on your social media, you are adding credence to the significance of the problem. And to those of you who keep typing and deleting, #metoo, I see you. I understand where you are coming from. There is nothing wrong with not putting yourself out there and wanting to keep your experiences from the public eye of social media. Sharing your story with close family and friends can be just as powerful and important!

If you are not posting because you feel that what happened to you is not as significant as someone else, I would like to encourage you to reconsider. Your story is yours. What happened to you is no less significant because it is different than what you are reading on social media. My hope would be that by reading all of the #metoo posts, you will feel validated and not alone. I am certainly not saying that it is imperative for all victims of sexual harassment or abuse to share the hashtag, #metoo! What I am saying is that absolutely no amount of unwanted sexual advances or behavior is okay; regardless of “how far it got”, sexual assault or harassment, in any form, is wrong! Please do not invalidate your experience by thinking you are somehow to blame!

So we have said, read, or felt, #metoo. Now what? Yes, this movement has been striking and powerful, but we cannot let the momentum stop there. We need to act. I urge you to get involved in raising awareness so we can decrease the staggering statistics of those affected by sexual abuse. Here are some ideas:

If you are one of the many people who typed, thought, or relate to the #metoo sentiment, please do not stop there. Now is the time to seek further healing. You do not need to do it alone. As a trained, experienced therapist, who has seen many clients in similar situations, I encourage you to honor yourself by seeking help and support. I urge you to not push this to the backburner. Get the help you need and deserve; schedule your first session with me today.

If you have experienced sexual assault, you can call the free, confidential, National Sexual Assault hotline at 1-800-656-HOPE (4673), or access 24-7 help online by visiting hotline.rainn.org.

Resources:
Allure: “A Note to Survivors Who Aren’t Ready to Share Their Sexual Assaults”
CBS: “‘Me Too’ trend on Twitter raises awareness about sexual assault”
Chicago Tribune: “It’s time for men to join the chorus of voices speaking out against sexual assault”
Cluff Counseling:  “Are You are Secondary Survivor?”
Cluff Counseling: “Choosing the Right Therapist for You”
CNN: “An activist, a little girl and the heartbreaking origin of ‘Me too’”
Huffington Post: “How To Respond If Your Partner Has Been Sexually Assaulted Or Harassed”
LiveYourDream.Org: “FEMINIST FILM CLUB: THE HUNTING GROUND”
LiveYourDream.Org: “Understanding Domestic Violence: Facts and Figures”
Mashable: “5 crucial ways men can help end sexual assault”
RAINN Website
Refinery29: “Alyssa Milano Details What Needs To Change In Hollywood After Harvey Weinstein”
TSM: “Literally, Why Can’t I Say #MeToo?”
Wikipedia: “Harvey Weinstein”
Wikipedia: “Harvey Weinstein sexual misconduct allegations”
Wikipedia: “Sexual Abuse”