The Truth Behind the Increase in Teen Suicide 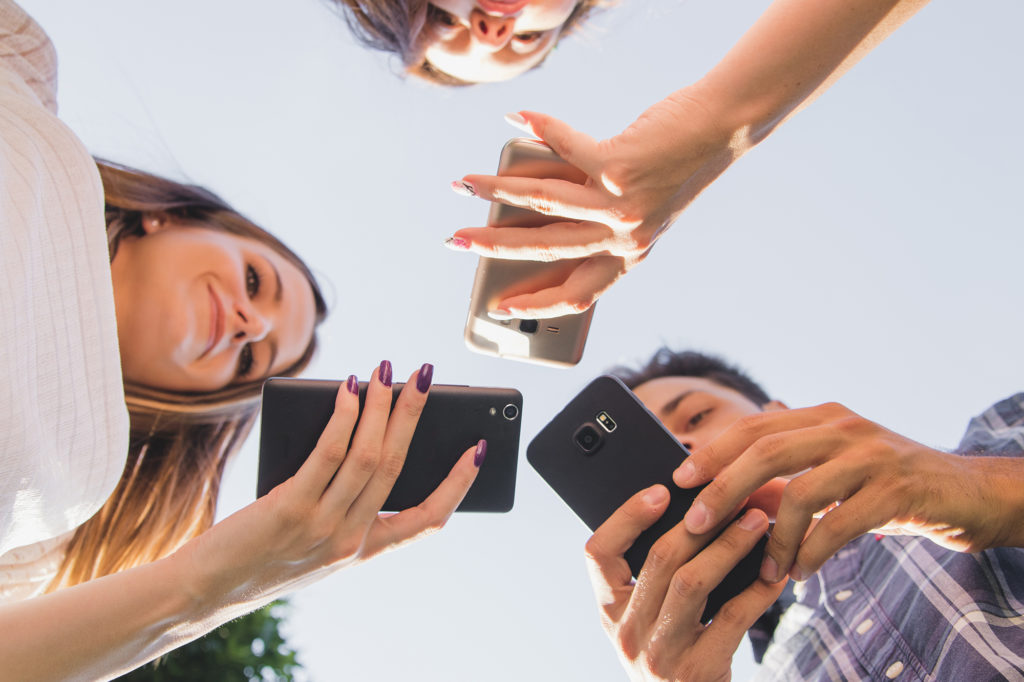 Between 2010 and 2015, the number of U.S. teens who suffered from depression increased 33 percent in large national surveys, and the number of 13- to 18-year-olds who committed suicide leapt up 31 percent. The cause of these increased numbers is scary and unfortunately all too familiar!

Ninety-two percent of young adults ages 18-29 own a smartphone. We use our phones to remind us of Grandpa’s birthday, to help us find the nearest ATM, to write down our grocery lists, to send emails, and to waste countless hours on social media. In short, we use our phones for everything. I recently broke my phone (to the point where the screen was black and the entire device wouldn’t function), and it was amazing to me how useless and naked I felt without my smart device. The bottom line: We are too dependent on our phones.

As adults, our brains are fully formed;  we have jobs, kids, responsibilities, and life to focus on. Admittedly, we simply cannot spend all day everyday aimlessly scrolling through Pinterest or Instagram. But teens? Well. Their brains are still forming. Their self-identity and self-esteem is still very much pliable. Their ability to manage time and make choices is still developing. Yet, we give them a smartphone–with limitless ways to waste time–and expect them to be unaffected?

Research has found that teens’ brains are heavily affected by the drug-like symptoms that come with smartphones. In fact, some children and teens are being damaged–sometimes beyond repair. Studies have found a striking correlation between rates of depression and suicide among teens and the dreaded smartphone.  According to the Pew Research Center, smartphone ownership crossed the 50 percent threshold in late 2012 and 73 percent by 2015…which is exactly when the spike in teen suicide occurred. This increase in depression, suicide attempts, and suicide was found among teens from every background, every race, and every ethnicity in every region of the country. The common thread? Access to a smartphone during formative years.

It’s not just about having a smartphone, but about how the smartphone is used. Researchers have found that teens who spend five or more hours a day online were 71 percent more likely, than those who spend less than an hour a day, to have at least one suicide risk factor (such as depression, thinking about suicide, making a suicide plan or attempting suicide). Overall, suicide risk factors rose significantly after two or more hours a day of time online.

Let’s look at what is lost when teens are plugged in. For starters, much less time is spent interacting with friends in person. Interacting with people face to face is one of the simplest ways humans find happiness. In a blog post from last May, I wrote about a Japanese concept called amae, which is the deep and innate need we all have to belong. We yearn for it, we need it, and without that feeling of truly belonging, our moods start to suffer and depression often follows. Next, being fixated on a screen causes and promotes further isolation, which is one of the major risk factors for depression and suicide. Then there is the likelihood of distraction, which leads to worsened performance in school, less sleep, and overall health. This is all happening before we even touch on the emotional drawbacks which include but are not limited to the deafening yells of comparison, the destruction of self-esteem and self-confidence, and the anxiety that will surely accompany the constant noise of a social media-filled world.

Some may say that depression and suicide are heavily influenced by genetic predisposition, family environments, bullying and trauma, and that the above statistics were caused due to those factors. Yes, it is true that some teens would experience mental health problems no matter what era they lived in. But that many? Some vulnerable teens who would otherwise not have had mental health issues may have slipped into depression due to too much screen time, not enough face-to-face social interaction, inadequate sleep or a combination of all three.

If you are wondering what can help remedy this massive epidemic, let me propose three things:

This may seem like an odd topic for a Marriage and Family Therapist to post about, but if we step back and consider the undeniable link between deteriorating mental health in teens and the use of their smartphones, it suddenly becomes all the more apparent why I care. Help your child stimulate his or her mind by scrolling a little less and tuning in to LIFE a little more. Help them cultivate and enhance meaningful friendships and relationships. Talk to them about how time wasted on their phones and social media makes them feel. Feelings of inadequacy, comparison, and discouragement need to be an indication that it is time to put the phone down. Help your children navigate their feelings so they can form productive habits and make good choices. Protect their mental health by decreasing screen time. If you have questions or need specific help, please contact me. I am happy to help!

PrevLove Languages: Showing Love Through the gift of Service
Finding Your StrengthsNext